Will You Make an Impact?

A few days ago my daughter, Ellie, and I were reading her devotional.  It talked about being thankful and I had her list things to be thankful for, one of which was our house.  I explained to Ellie that not all people have a home.  She asked where they live and when I told her some of their options, like under bridges and in cardboard boxes, she began to cry.  I was so moved by her heart that I told her we need to find a homeless shelter to serve.

Fast forward a few days and I had already forgotten about that sweet moment I had with my daughter. I had already forgotten the power of compassion.  I was driving by myself, headed to do some work and was just “venting” to God.  Explaining to him that there are so many things I thought would be different by now.  Talking to him about dreams.  Wondering why he gave me some dreams that never came to pass.  Asking him if the things I do are even making a difference?  Is anyone even reading my blog?  Are we really helping our community?  Do my kind words and actions to friends and strangers really matter?  Let’s be honest, being seflish is a much simpler and easier road to travel!  But that is not God’s best for us.  So here are a few things he showed me:
1. He gives us dreams for a season in order to prepare us for even greater dreams to come.  I used to desperately want to be a Mary Kay Sales Director.   That dream never came to pass and it is no longer a dream of mine.  However, the Lord showed me if he hadn’t allowed me to dream of that I wouldn’t be equipped or confident enough in who I am in him to dream the kind of things I do today.  Today I dream of being in women’s ministry or marriage ministry with my husband.  I dream of us owning and operating multiple clinics with multiple doctors(being kingdom business leaders).
*Note: I am not saying one dream is better than another, just that some dreams were never ours in the first place.
2. He goes before us.
After I got done venting I saw a homeless man riding his bike in the pouring rain pulling a cart of junk(talk about a reality check/perspective shift).  I drove by and said a prayer for him.  But The Lord quickly said “go back and give him money”.  So I began to argue “but Lord, I might get killed with all these cars passing by plus what if he pulls a gun on me?!”  He reminded me of Joshua and this scripture came to my mind: 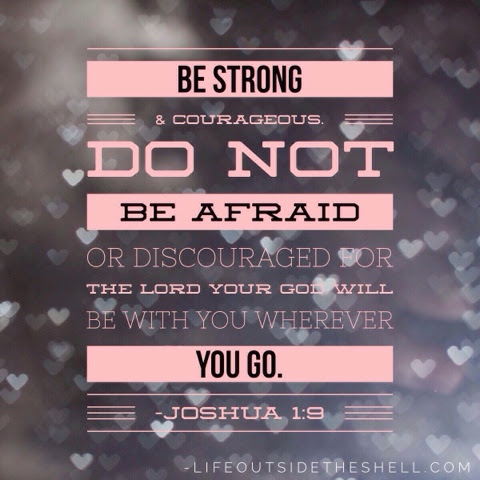 I almost never have cash on me and it just so happened that I had a $10 bill(it’s as though God planned it or something!) 🙂  I had the thought “Lord, how is $10 going to change this guys life?” To which he reminded me of another truth:
3. We are called to plant hope.
What we think of as small God can use to do mighy things.  The Bible is filled with stories of people who gave what little they had(the boy with the fish and bread for example) and He multiplies it.
As I pulled up to the man and rolled down my window to hand him the money he said “I was just talking about you. Well, not you exactly but just that someone like you…I said it sure would be nice to have some petty cash right about now. God bless you.”
I will never know the impact I had giving a $10 bill to homeless man riding in the pouring rain with all his belongings in tow but my prayer is that it planted hope in him.  Hope that God is real and that God does see him.  Hope that this is not the end of his story in life.  Hope that he was called to be so much greater because he serves a great big God who saw Him on a rainy day when it seemed no one noticed him. I don’t know this man’s name or his life story but God does.  As the sign at my church says “Every person has a name and every name has a story and every story matters to God”.
Will you please join me in planting seeds of hope to make an impact everywhere you go?  You never know what even a simple smile or hello to someone might do for them.  I believe it starts a forest fire type effect…as someone spreads hope to you, you can’t help but turn and give it to someone else. 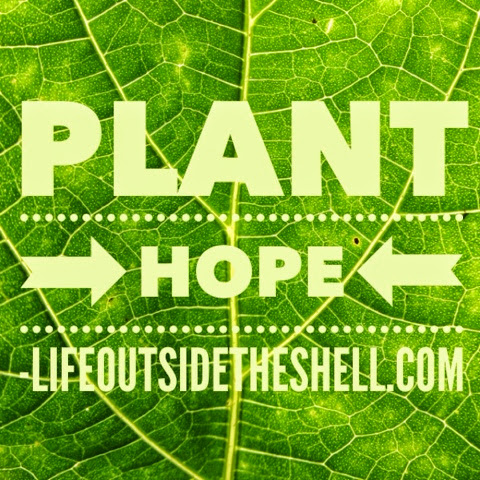